Look for the rainbow in the storm 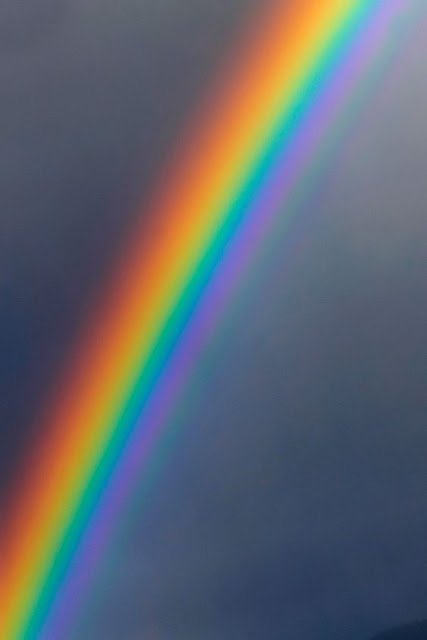 Welcome to my new look blog!  What do you think?

I have been absent from the blog for a long time now, last year got increasingly busy and I had to find something that fell off the list of things to do in order to try and preserve my sanity.
On Saturday I was driving to see a friend who was in hospital and was all alone with my thoughts in the quiet car.  School holidays were almost over and I was relishing the precious quiet time while I had the chance.  As I was driving I was mentally processing the day I had on Friday and suddenly a blog post was forming in my mind.  I was excited!  I haven’t even had the urge to write for a long time, but now, it seems I have the space that the words are ready to come again.
Friday was a tough day for me.  It was the day that our daughter, Hannah, should have turned 4 if she had survived.  I woke feeling as I tend to do on these anniversary type days, empty, lonely and trying to suppress the negativity.  “The kids need you, you have to go to work, get up and get on with it”.
If only it were that simple!
My almost 3 year old daughter had a terrible morning too.  She has had a lot of big changes in her tiny little life lately and it had all been getting a bit much for her.  With school and family holidays, she was out of routine, overtired, had given up dummies and nappies and was transitioning to another room at childcare.  She loved having her big brother home from school, but I think was also missing the time she was used to with Mummy that we usually have when he is at school.  It was all just getting a bit much for her.
Her tantrum started at 8.10am when she realised she had to go to “school”.  I wish I had a dollar for every time she screamed at me “I don’t want to go to school Mummy, I don’t want to go to school”.   I would be flying first class around the world on that payoff.
Because I had to get to work, and she was fighting me so much – you know how it goes, Mummy gets you dressed while you kick her, scratch her and scream at her, only to remove your clothes as soon as Mum turns around to get your shoes – she went to child care with no shoes on (they were in her bag), hair not done, teeth not brushed. I dropped her in her old room where she felt comfortable with the carers, but today, she was having none of it.  Screaming, clinging to me, begging me to take her to work with me, real tears, the whole works.  They literally prized her little arms from around me after twenty minutes and I ran out the door to have a good sob in the car.
The point of this post is not to have a whinge about my day, but to encourage you to look for the good in even the crappiest of days.
That particular day, several beautiful things happened.  I had a phone call from my Sister, who is always there, for all the good days and bad.  She had called just to say she knew it would be a hard day for me and that she was thinking of me.
I had a similar text from my oldest dearest friend.
A Pilates client came in saying “now where’s my favourite person today?”, meaning me (!), which was an unexpected boost to my spirits, because this particular lady finds social situations a bit difficult.
When I went to the gym after work before picking up the kids, a random stranger with problems much bigger than mine, reached out, smiled and introduced herself.
Her name is Julia and I think that Julia has significant vision problems among other things.  She was at the gym with her carer, and noticed me on the floor doing my ab work.  She came over, said “hi, whats your name” and we began chatting.  Her personal trainer got a bit cranky with us for distracting her from her workout, but that trainer has no idea how the short 2-3 minute interaction changed my day.
Perhaps that day, I was being sent little signs from everywhere that there is unexpected goodness when we choose to be open to it.  I want to choose to be open to it more often.
To put the phone down and look at my kids when they are talking to me.
To take the time to make meaningful connections with people.
To send short messages to those I love letting them know that I’m thinking of them.
To live more intentionally in the moment, and in the positive.
It is not easy to do all the time, but even if I get it right a third of the time more than I do now, what a great improvement that will be.
So now, if you will excuse me, I have some letters to write to those I need to thank.
Until next time,
E xx

This site uses Akismet to reduce spam. Learn how your comment data is processed.